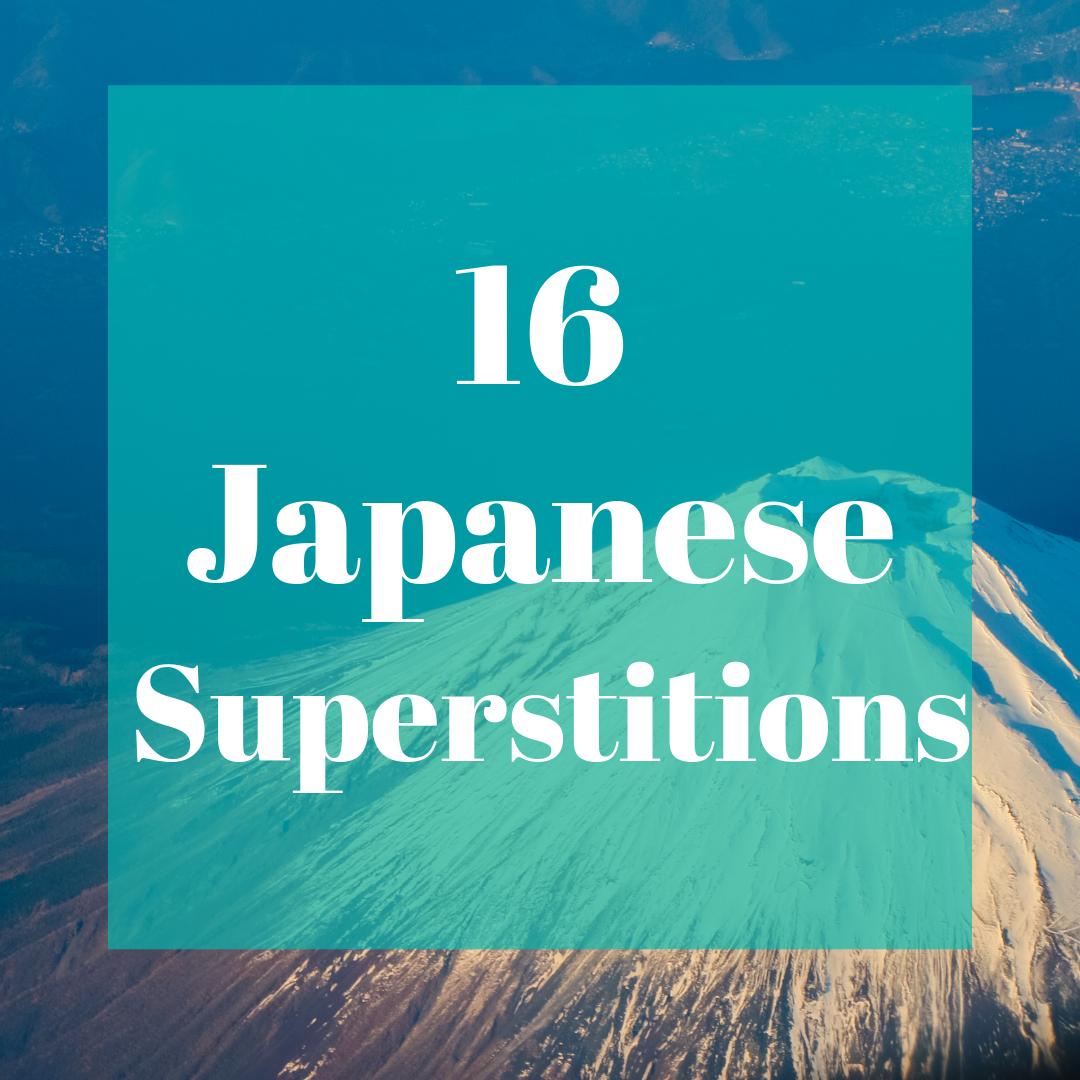 There are two ways of saying “4” in Japanese–“yon” and “shi”. However, “shi” has the same pronunciation as “Death” in Japanese so anything relating “4” are avoided in Japan like “the fourth room”, “the fourth floor”, or “the fourth ‘thing’ “. Remember not to give “4 presents” to someone in Japan!

Putting a pair of scissors under your pillow is said to be effective warding off the evil spirits and bad dreams.

Japanese people believe that breaking a comb can bring bad luck (similar to the belief of breaking a mirror in the West).

Combs were expensive and hard to make in the past. Therefore, this superstition reminds people to be careful when they handle a comb and not to break it.

Tatami is the traditional Japanese grass-made floor mattress. The superstition revolving the Tatami mat is that stepping on the end of the tatami can bring bad luck to the family.

People used to put their family emblems on the silk that covers the end edge of the tatami so stepping on it can mean disrespect.

If the bottom of a tea leave (茶柱 chabashira) is lifted straight up, then that is a sign of good luck but it is rare that this happens.

The God of Thunder 雷神 (Raijin) and the God of Wind風神 (Fuujin) are two revered yet terrifying figures in Japanese mythology. Whenever it rains or thunders parents will tell their children to hide their belly buttons otherwise the Gods of Thunder and Wind will take it away.

-It gets cold when it rains and can be especially dangerous when it thunders. So parents ask their children to cover their belly buttons not only so that they can curl up like a ball to keep warm but also can protect them from the thunderbolts.

Never cut your fingernails at mid-night in Japan because you would be setting a death curse on your parents by doing so!

-In Japanese, 夜爪 “Yozume” (Night Nails) has the same pronunciation as 世詰め “Yozume” (to pass away) so it is never a good word to say.

-It is dark at night when electricity was not invented in the old days so cutting one’s nails at night can cause someone to get hurt. Without proper treatments, it could lead to death if it became infected.

Whistling at night will attract snakes to come.

Putting your chopsticks straight up in food is not only considered disrespectful but also bad luck. This is because chopsticks are placed in such a way only when the food is offered to the dead.

Hotei ”布袋” is the gold of wealth and he is depicted as a chubby and happy person with two enormously large ears. Therefore, Japanese people believe that if a person has big ears that means he or she will become very rich.

Children’s teeth don’t end up in tooth fairy’s pocket in Japan. Teeth from the upper side are thrown outside the window, and ones from the lower side will be tossed up to the roof so that the new teeth will grow healthy and strong.

If you find a spider at home in the morning,  that is a sign of good fortune and you should never kill it. On the contrary, if you found it at night, then you must get rid of it because they are not just spiders but workers of the demons!

There is a saying in Japanese「一富士二鹰三茄子」which literally means “First Fuji, Second Eagle, Third Eggplant”. According to Japanese superstitions, if someone sees these three things in that order in their first dream of the year “Hatsuyume”, then he or she will have a fortunate year.

-These are the three favorite things of Tokugawa Ieyasu who was the founder of Tokugawa shogunate of Japan, which effectively ruled Japan from the Battle of Sekigahara in 1600 until the Meiji Restoration in 1868.