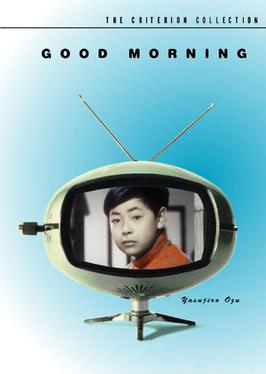 Ohayou can be described as an affectionate portrait of a small Japanese community lurching towards modernity. In a series of comic vignettes, the film shows the misunderstandings, emotions and forced intimacies between close neighbours. The director is famous for his symmetrical composition, which is now very popular in Wes Anderson’s films. Ozu wanted to get to the heart of ordinary Japanese people’s lives and much of the film comprises low-angle shots (so-called “tatami shots”) in rooms with shoji screens, futon pallets and tatami mats. This is a charming and beautiful film full of laughter and poignancy.